an interpretation of i met god she lives in africa

She is a Portal, a passage and the gateway for spirits into this realm… She molded everyone who walked on this Earth into existence.

’Inimba’ (the connection of an umbilical cord between a mother and child) so the black woman is our metaphorical connection between dimensions, between existence and the universe. Between consciousness and conscience. Oneness that holds everything together. 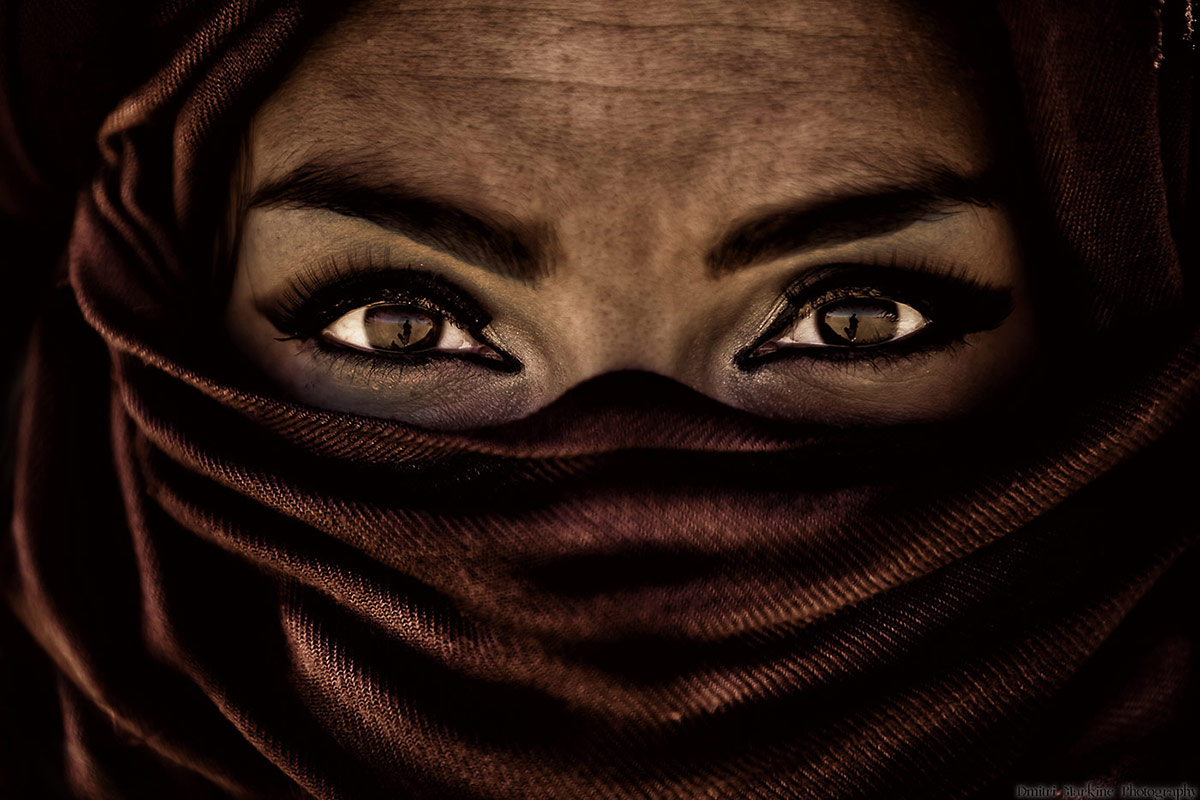 “Maaitu” – The Black woman is no different from earth, we belong to her. A vessel, the womb that brings forth generation after generation. She is a Portal, a passage and the gateway for spirits into this realm… She molded everyone who walked on this Earth into existence. A reflection of Mother Earth. The African woman is the highest form of existence a human can reach. A Creation so Divine and Pure. With her natural nurturing state of mind, the African woman can comfort all who is in her presence.

The only Queen anointed and ordained to give birth to a King. Rightfully. 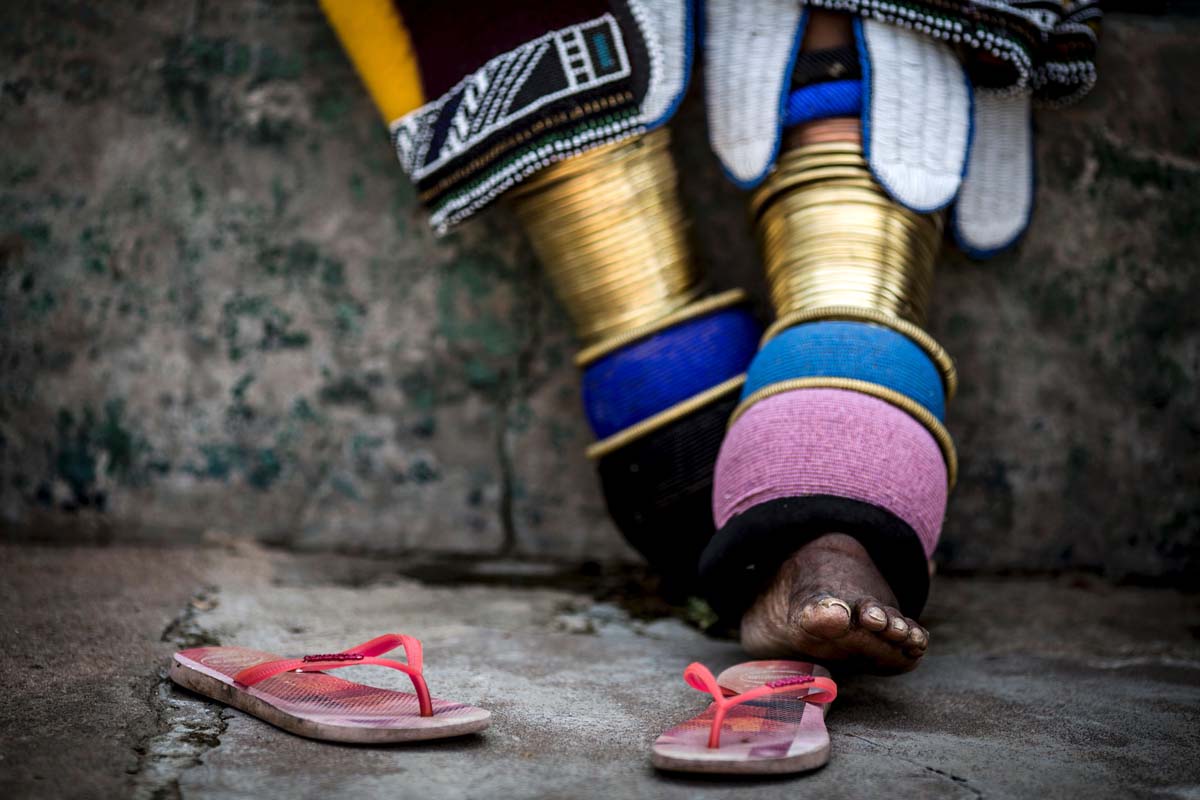 This photo taken on March 6, 2017 at the home of South African artist Esther Mahlangu in Mabhoko Village, Siyabuswa, Mpumalanga, shows the rings and ankle-wear common to Ndebele women. Mahlangu recently opened her exhibition at the Melrose Gallery where her series of artwork inspired by Nelson Mandela was unveiled on March 1. The artist has produced six paintings reproduced from drawings created by Mandela in her signature Ndebele style. The exhibition will include previous work by Mahlangu. / AFP PHOTO / GULSHAN KHANGULSHAN KHAN/AFP/Getty Images **

All people came from the African woman. It’s her grace, her beauty, her walk, her attitude, her vigor, her endurance, her unconditional love, the sacrifices she makes, her ability to lift you up or tear you down, how she chants fire from her speak, her creative ability. There is nothing more precious and valuable than the African woman.

Everyone on this planet at this time has come from the original Black woman. Scientifically, the Black woman is the only organism that possesses the mitochondrial DNA that has all the variations possible for every different kind of human being on this Earth (the African, the Albino, the European, the Middle Eastern) When the DNA of a Black woman mutates all other types of human beings come about. 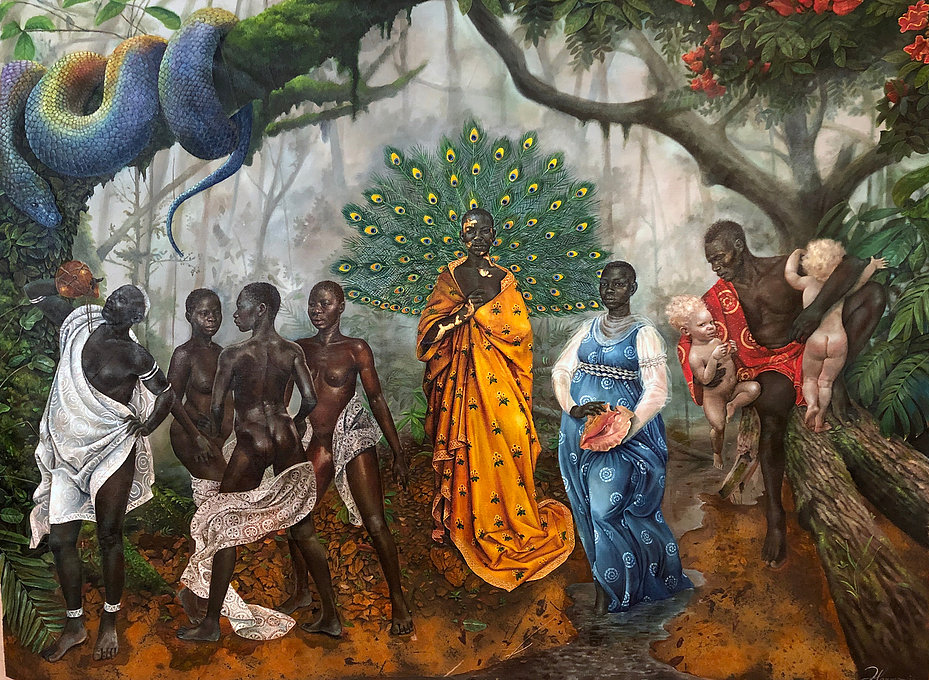 God is. God gives life. The story of creation is relived every time a Black Earth Goddess gives birth.

Most African cultures are matrilineal. The original DNA of existence.

Mother Earth of the Universe.

She gave birth to the revolution, she gave it a name.

Join Us For The Year Of Return In Mama Africa!

Hi I'm Ises. I'm from Botswana, physically living here, but mentally everywhere. I was born Phomolo but after escaping mental constructs, conditioning & comfort zones I evolved into Ises. Heartbeat of Mother Nature, The Frequency of the Universe. Nice to meet you 🌼

One thought on “I Met God She Lives in Africa Poem”