Join Us For The Year Of Return In Mama Africa!

Capoeira the Prodigal Son of Africa

Interviewed & written by Wilson A.

Capoeira’s history begins with the beginning of African slavery in Brazil. The Portuguese colonists began importing slaves to their colonies, coming mainly from Angola. Brazil, with a vast territory, received most of the slaves coming from Angola, almost 40% of all slaves were sent through the Atlantic Ocean. Brazilians not only refer to capoeira as a dance but also use it for self-defense. Many slaves used it to escape from their masters and formed rebellion groups called Quilombos. Although the story goes on it is believed that capoeira was a vital part of their defense and cultural practice. 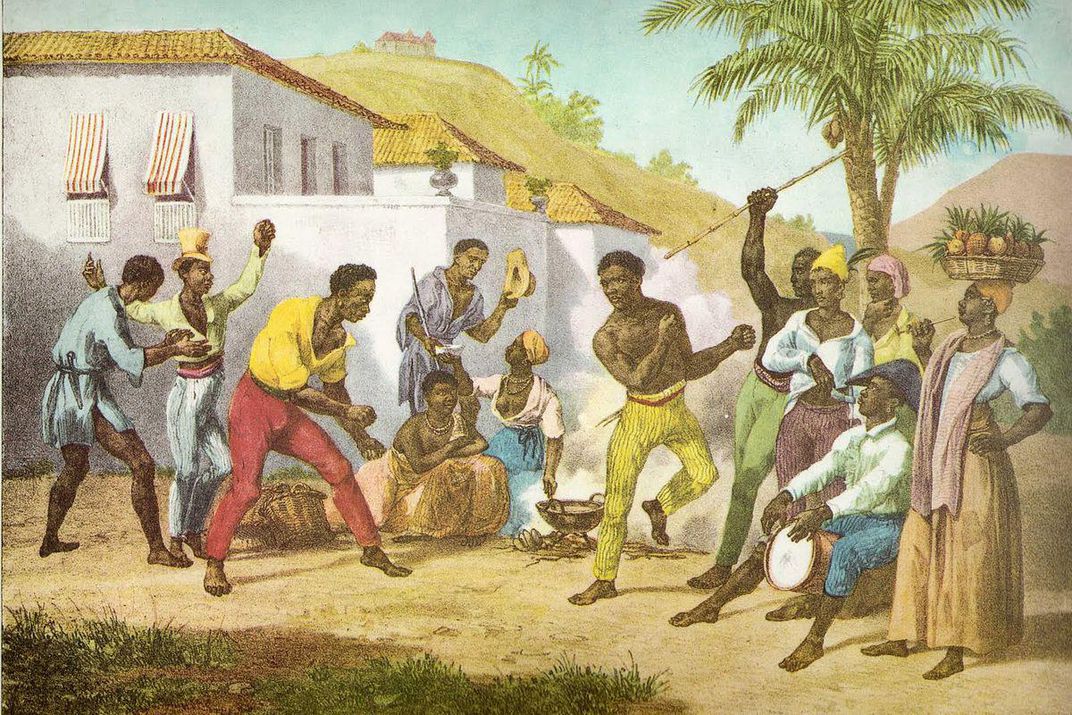 The slaves brought the fighting and dancing techniques of capoeira to Brazil when they were taken there by the Portuguese colonizers. However it is unclear whether these techniques came across as an already formed fighting system, or were put together by slaves wishing to learn martial arts.It could be that it was already a part of the African culture

What can be determined is that it is heavily influenced by African cultures. Not just the techniques but also the music played during the performance and the drum beats as well as the rhythm. 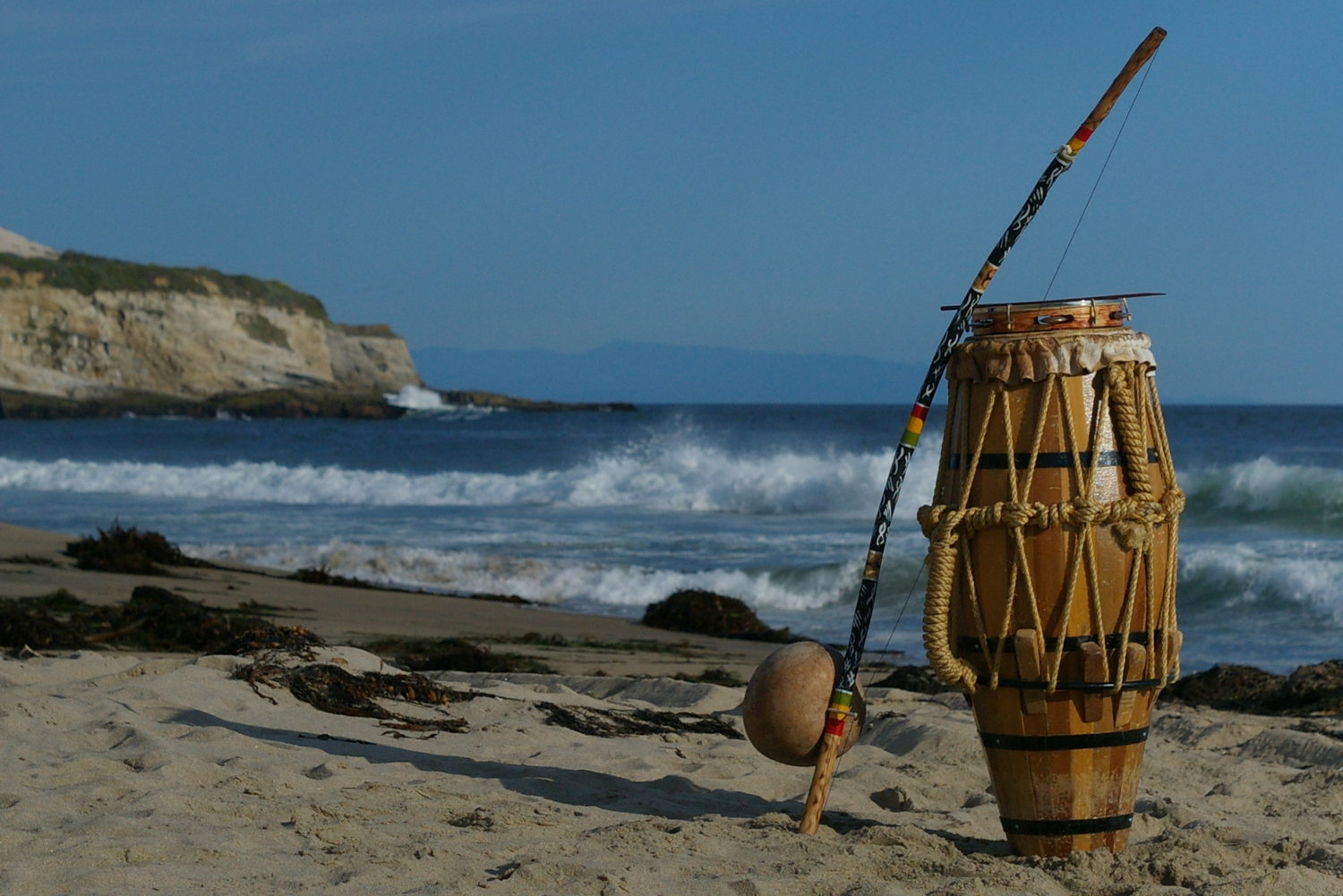 According to a Portuguese scholar Albano de Neves e Souza;

“Among the Mucupe in Southern Angola, there is a zebra dance, the n’golo,The n’golo is very similar to capoeira.” However, a more popular view of the capoeira martial art began in Brazil. that’s why whenever we hear capoeira we automatically think of Brazil. 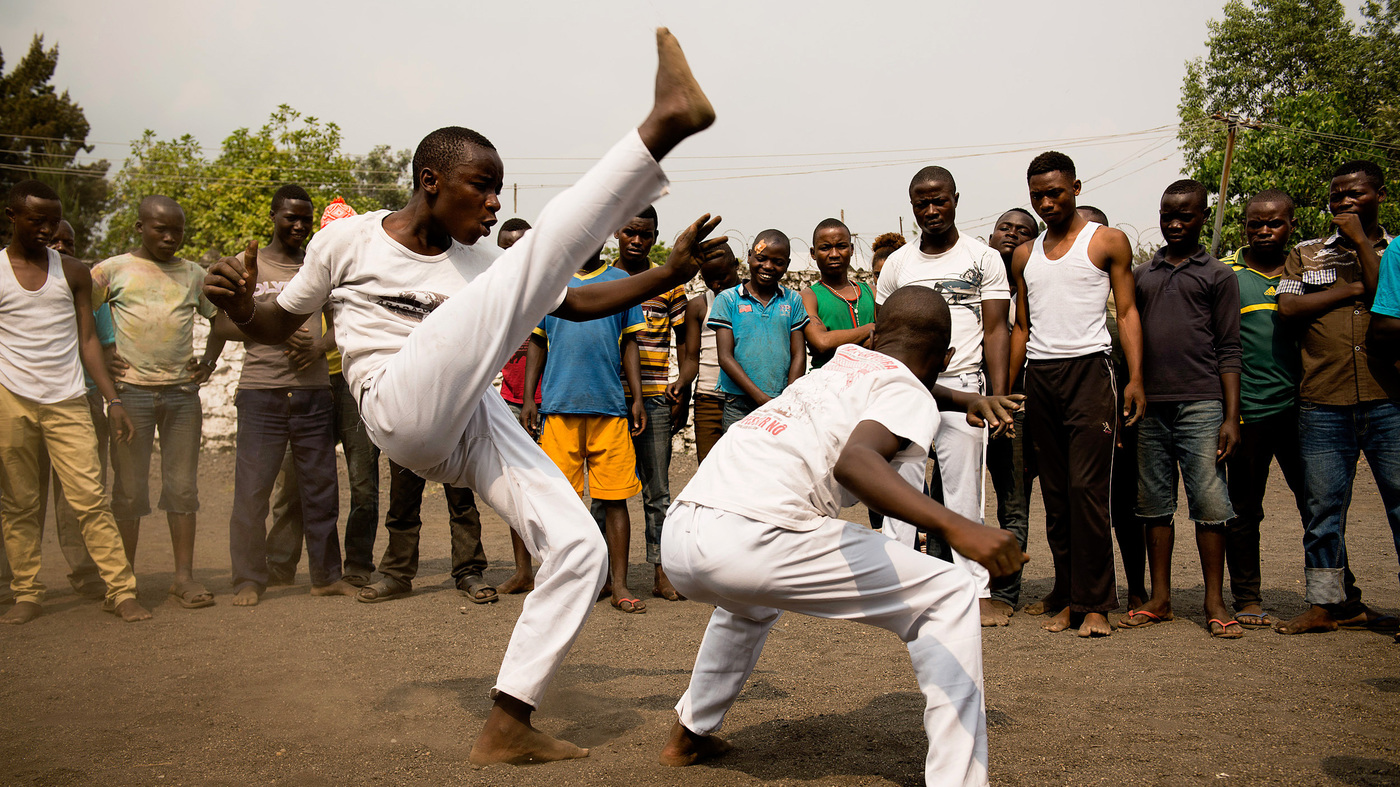 We’re Adding New Tours Every Month Get Updates Direct To Your Inbox!

Capoeira: A Form Of Self Defense

With training, capoeira can also be used to defend yourself. Aside from the history regarding African slaves and the use of weapons, slaves also used capoeira to fight their masters.

Capoeirstas may not train to fight even though some do. But if pressed, they each have moves of their own that they could bring to combat. I’m talking about the basic kicks: bencao, pontape cruzado (martelo), chapa; as well as basic punches, knees, and elbows. Unless you’re very fast and very accurate, I wouldn’t recommend using a meia lua (half moon) in a street fight. This fighting style is so impractical in any kind of real situation that we can’t even think of a reasonable alternative. The thing about getting mugged is that there’s rarely a conveniently placed cardboard mat around when you need one. And let’s face facts: doing head-spins on bare concrete is probably worse for you than just handing over your wallet. 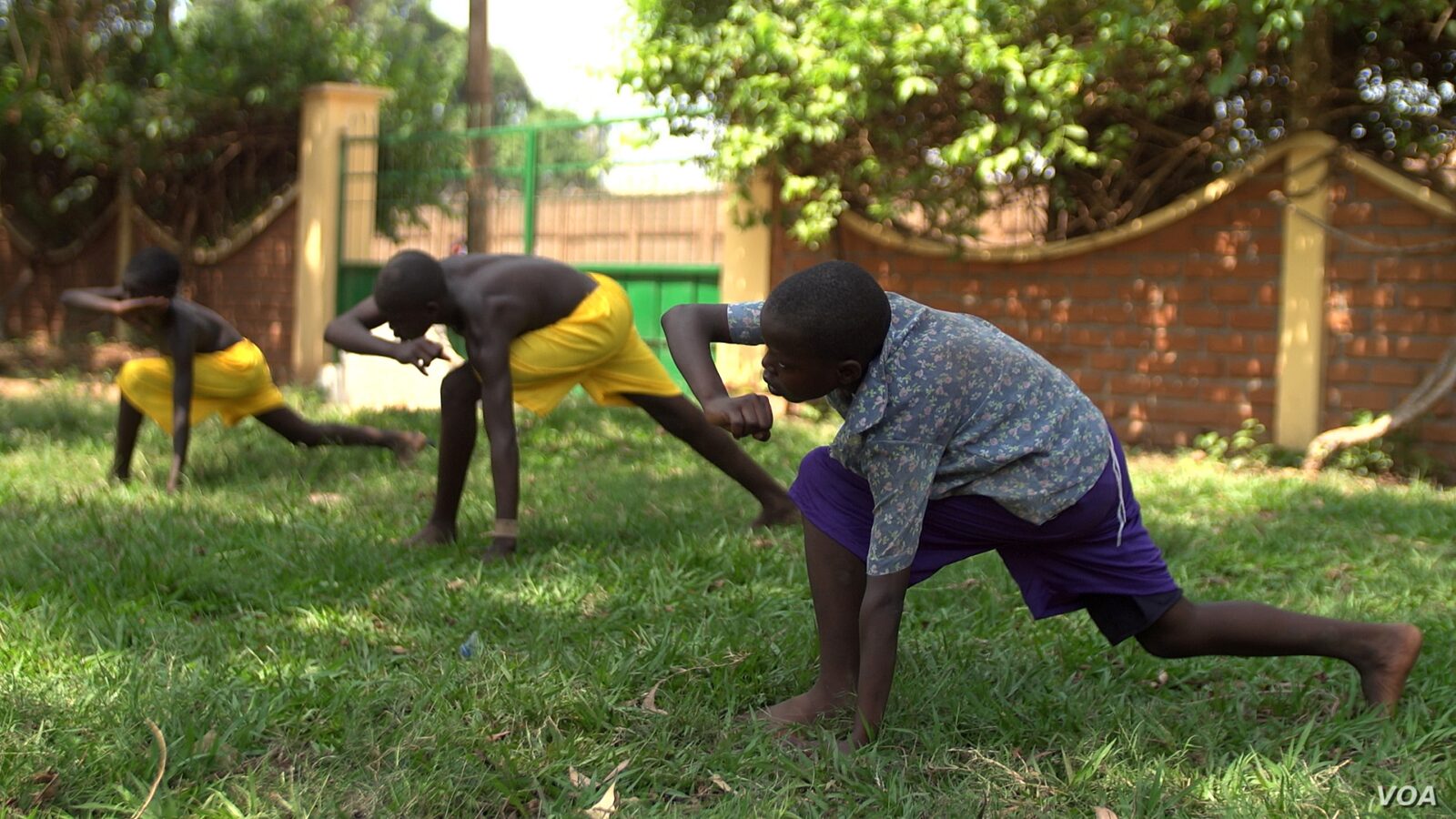 Before you get all excited, I’m not trying to say capoeira is a weak martial art. However, like all of the best martial arts systems, it should not be underestimated as it can be a powerful form of combat that has been developed and refined into a deadly fighting style that is unique within martial arts history. 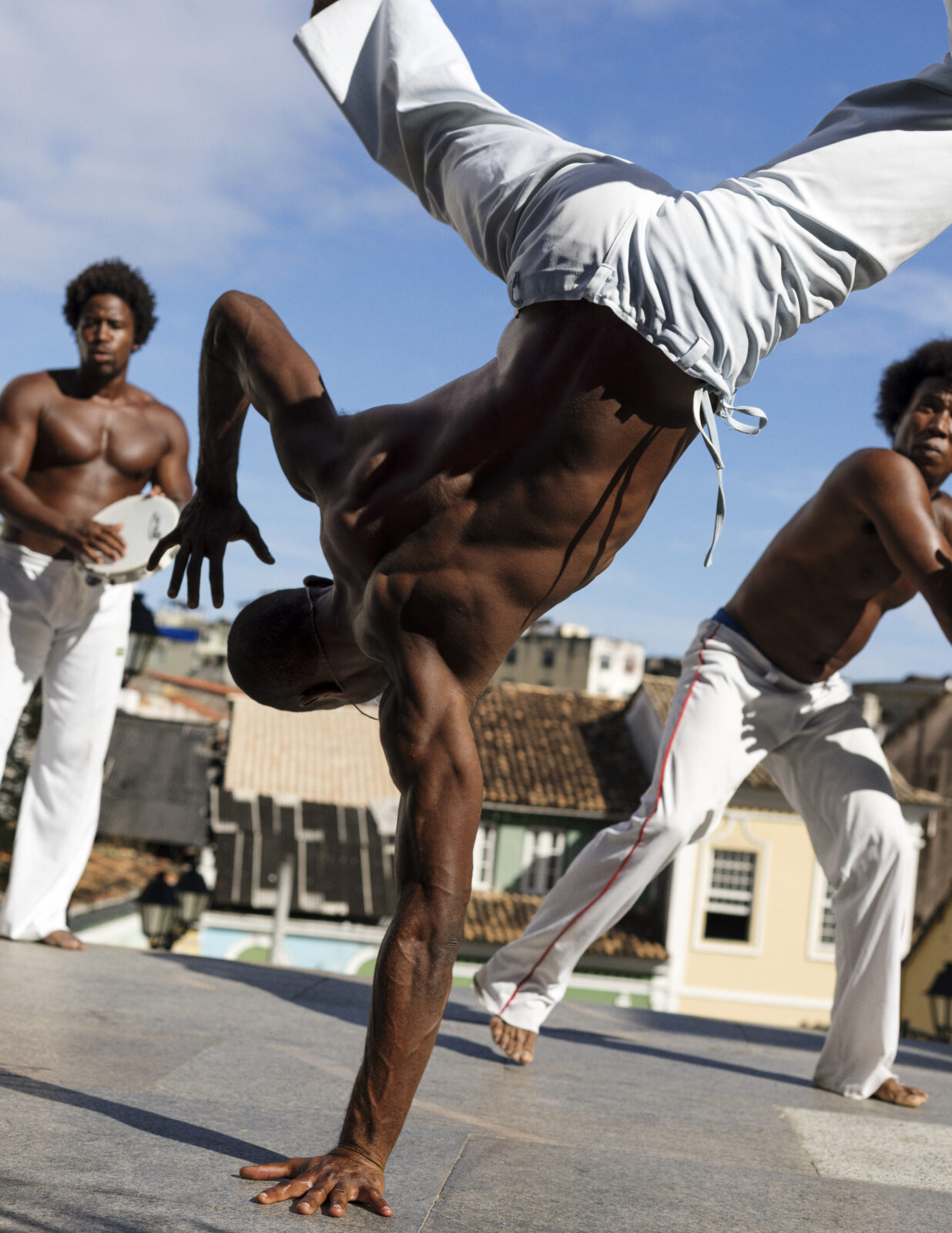 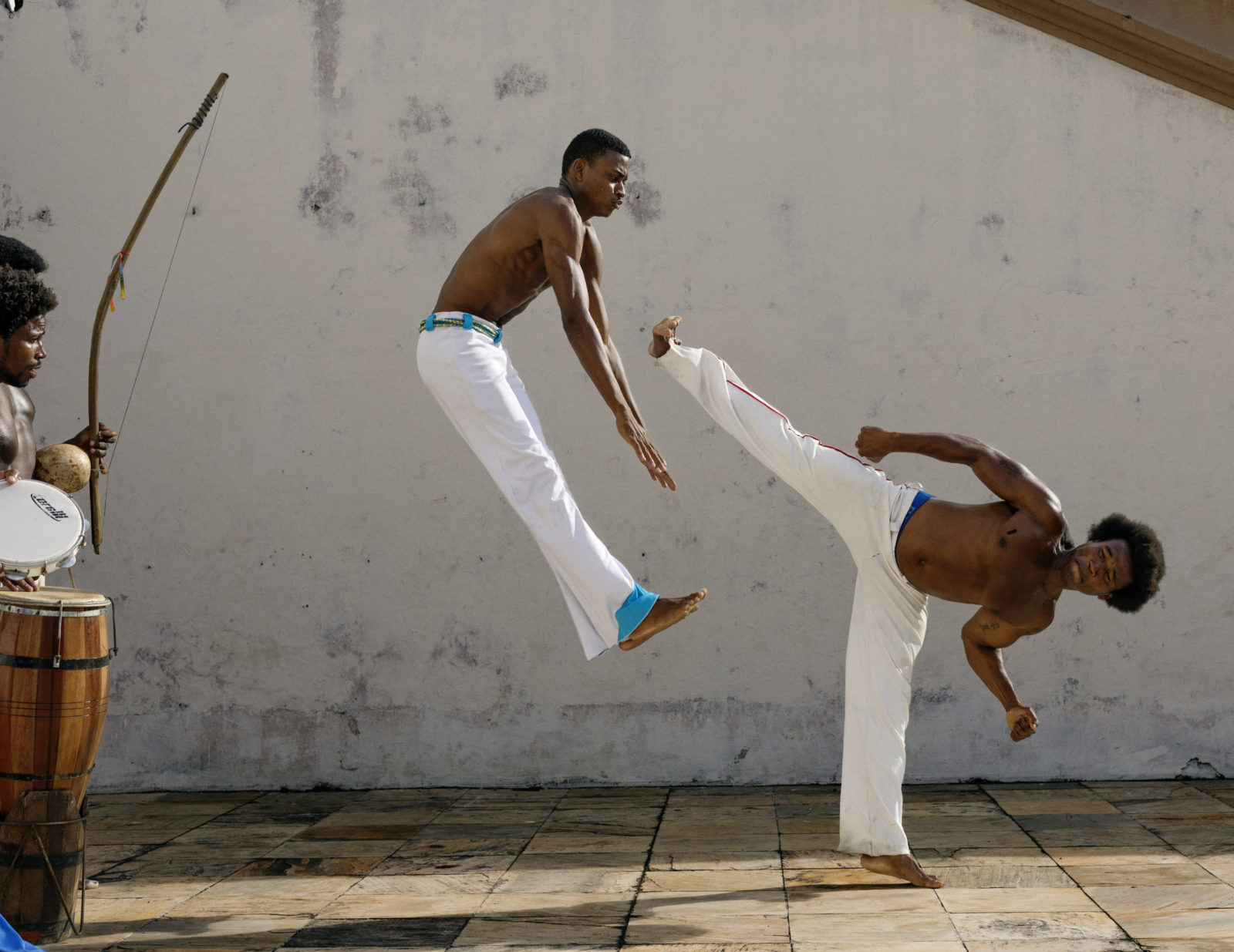 For most of us the question would be, is capoeira big in Angola today? Well During my visit to Angola my home country, in the month of April & May 2019, I asked myself that very same question. Because of having not stayed in Angola for a very long time, there was only one way to find out if it is popular or has it faded. I began my investigation about Capoeira and working with Away To Africa, made it an excellent opportunity to gain information about the martial art. Although Angola not being one of the countries we offer trips to (YET), it was a good way to be able to gather information and show the rest of the team that the country is a very great location to tap into as it also has an interesting history and expansive cultural background. 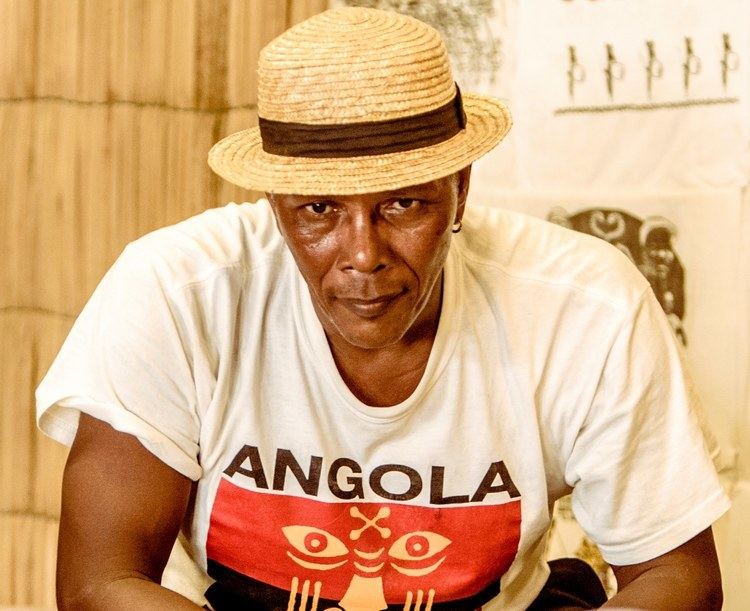 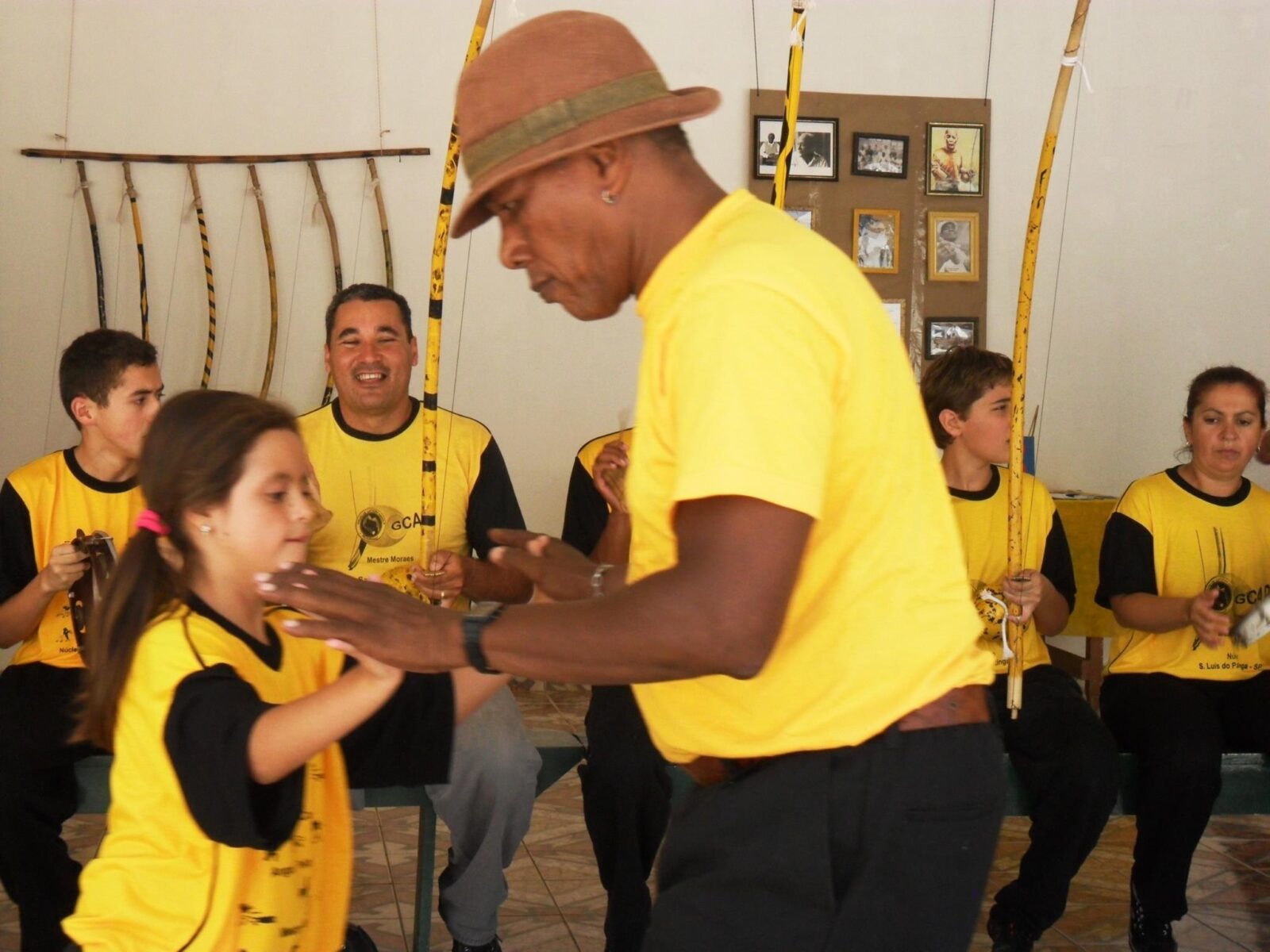 Everybody who knows a bit about the modern history of Capoeira Angola knows that Mestre Moraes did have a major role in the resurrection of Capoeira Angola in the 1980’s.
Most people consider Mestre Moraes as being a bit difficult at best, outspoken and at times racist at his worst. Now how did this happen…? First of all, Mestre Moraes is a guy who doesn’t necessarily keep quiet when others would. He talks when he is not meant to and for him, this is his way of expressing what he considers to be important for the preservation of Capoeira. He is trying to ensure that it doesn’t get ripped of its African roots and that it doesn’t turn into a sport practiced by just anyone who hasn’t recognized the blood, sweat & suffering people went through because for practicing African rituals on Brazilian soil.

Capoeira did undergo several changes in its perception and philosophy. As it became more accepted in Brazilian society and also promoted as “the only true Brazilian national sport”, people started to introduce all kinds of new styles into Capoeira. Here are a few: a cord system, Capoeira competitions and the regimentation of Capoeira in the National Boxing Federation. Today one word does express these changes as “whitening” of capoeira, or the Portuguese word “embranquecimento”. But in my opinion, the worst thing was not what they input into the tradition, but it was what was they neglected to raise up andoppress in those teaching times. They neglected the traditional Capoeira, the old mestres, the street rodas and the Afro-brazilian rituals in Capoeira Angola. Likewise during the times of the dictatorship, traditional street rodas were disrupted by the police and anything that didnot suite the state’s policy was oppressed. The dictatorship went on in Brazil from 1964 to 1985….exactly the time when Capoeira Regional grew in extreme and Capoeira Angola shrunk to almost extinction. 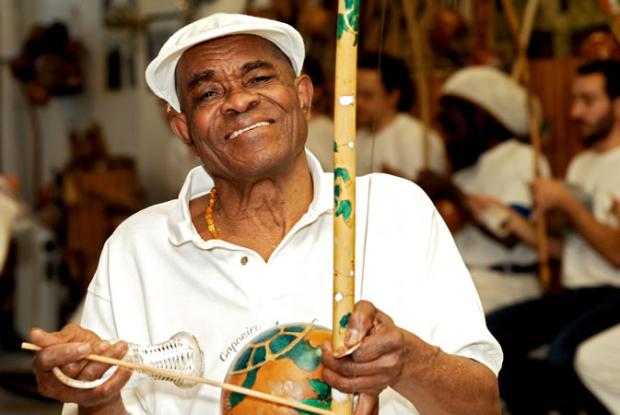 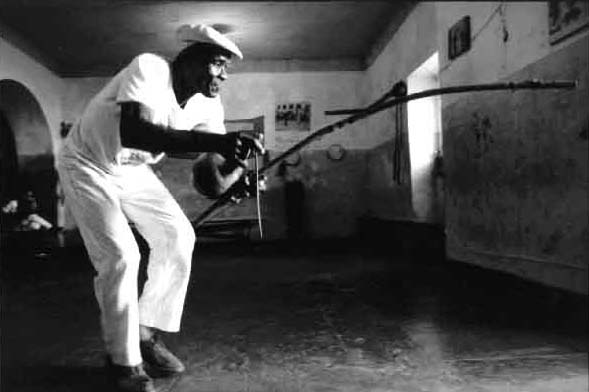 Joao, an Angolan national who is very passionate about Capoeira started a weekend class hosting twenty-five amateur students weekly to practice. Similarly he notes, these classes also help to keep them away from trouble, which turning out to be an incredible form of community outreach for him. His goal is to teach and educate about these marvelous artwork which is capoeira….

“It is designed to hide the fighting movements of martial arts as well as a form of working out, to keep the body in shape and just like any other sport, capoeira promotes self-esteem in the form of positive perception of body image and self-worth and unites people together. 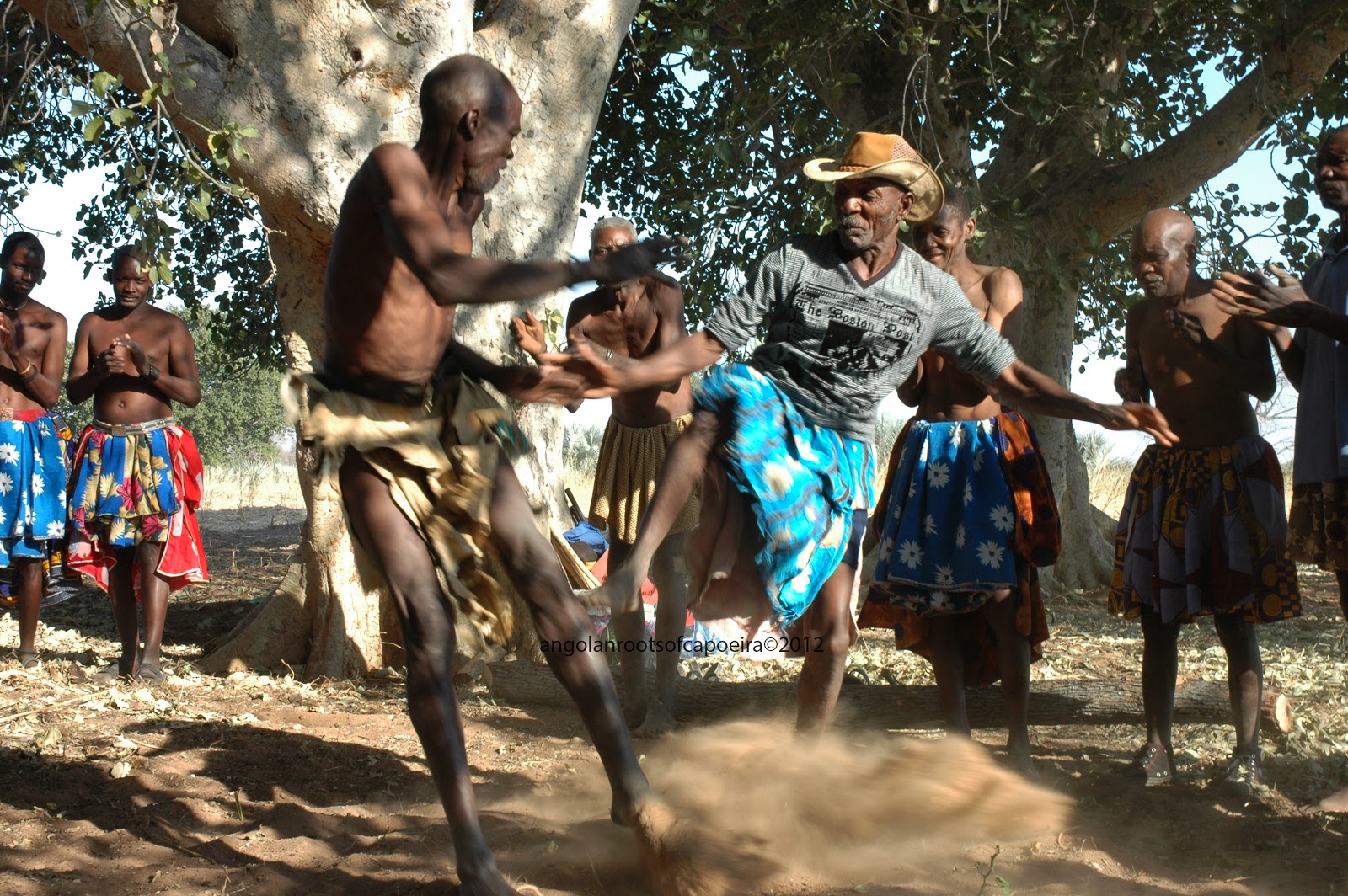 The moment a person enters a Hall where Capoeira is being practiced you can hear and feel the unique rhythic music, the style of play and the energy of the atmosphere… it is of its own kind. Capoeira it’s mostly practiced in its original traditional way, however, there are not many places you will find Capoeira being practiced in Angola anymore. Many know it, but very few practice it. As a result, Brazil has gained popularity of this tradition and is known internationally.

Today, Angola is heavily connected with Brazil in terms of the modern influences of fashion entertainment and food, which still keeps both countries linked when it comes to aspects such as Capoeira and economic ties.

Angolans never forget that Capoeira is a way to get in touch with their roots & history They also express hope, that with discipline and consistent practice of this traditional dance the world will also get to recognize the origin of Angola Capoeira. 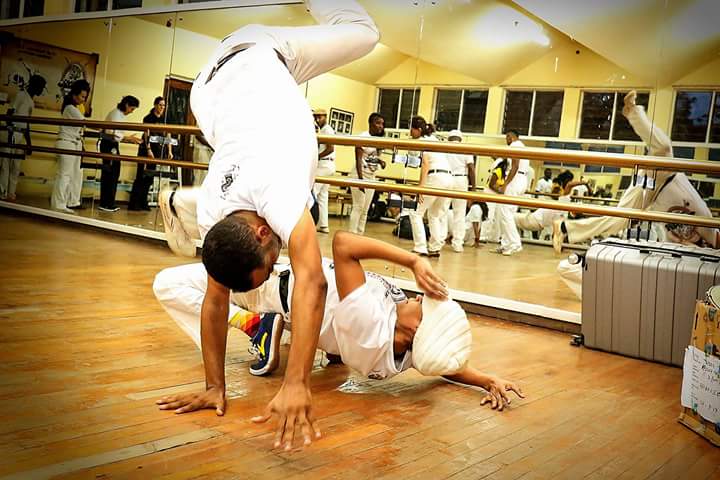 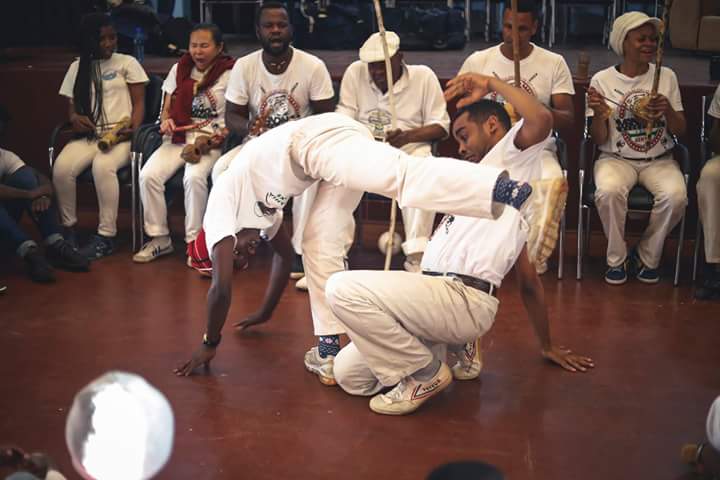 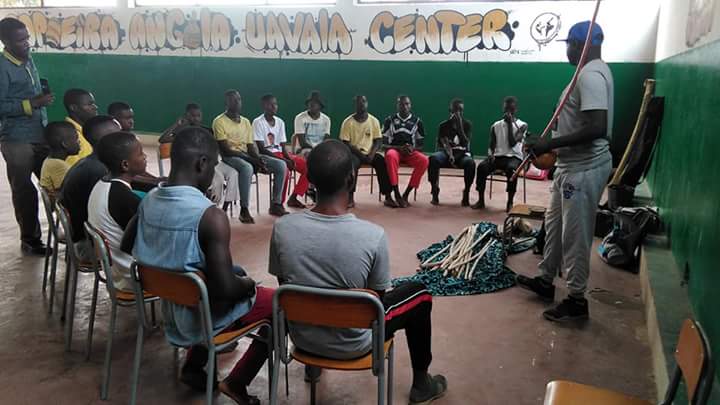 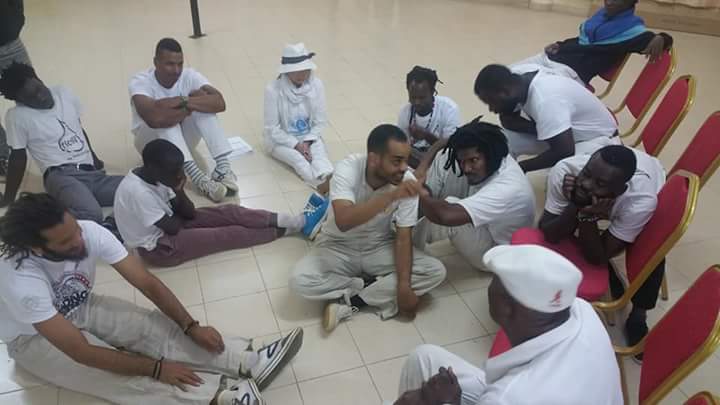 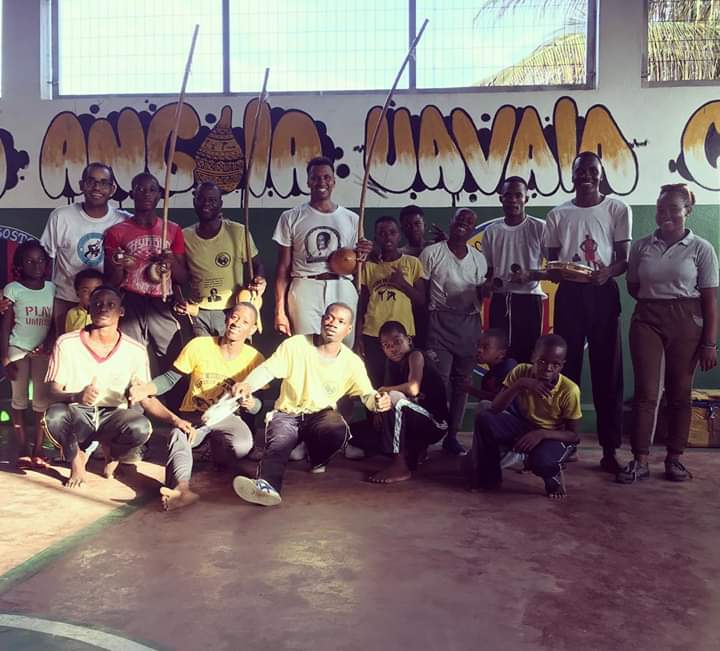 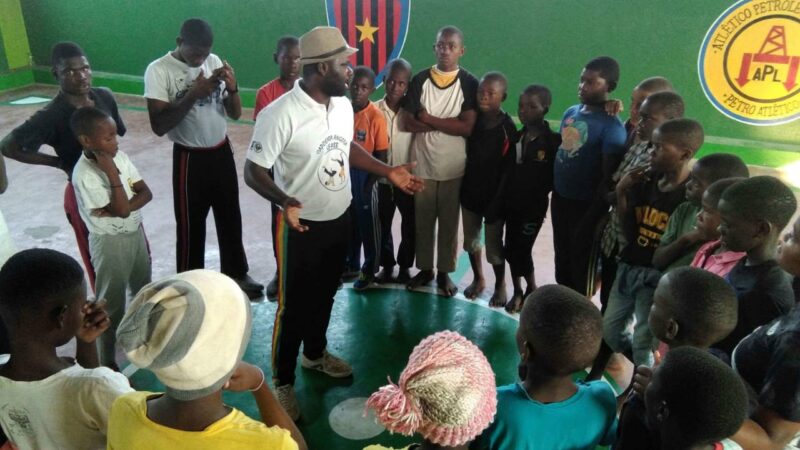 Explore All 18 Tours Throughout 13 Countries in Africa